Also in preventive use Skip to the beginning of the images gallery
Product Description

The olive tree is a sacred tree, used since ancient times for its numerous healing properties. 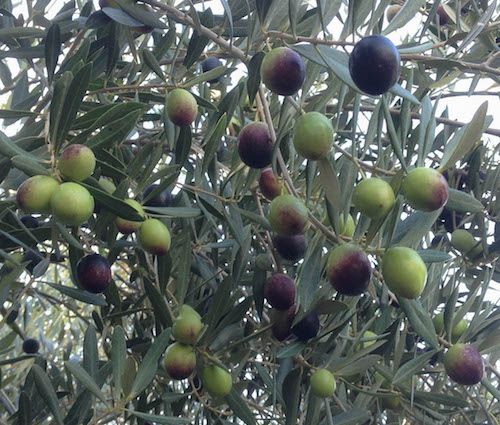 The Olive Leaves relieve inflammatory rheumatism.
It is the polyphenols (hydroxytyrosol, tyrosol, oleocanthal, oleuropein, flavonoids) which are natural anti-inflammatory substances, making it a particularly effective pro-duct in cases of inflammation and rheumatoid arthritis.

The Olive Leaves contribute to the efficient functioning of the cardiovascular system.
The olive leaf derive its therapeutic properties from the oleuropein, one of its main component. It is responsible for the hypotensive, vasodilator, anti-arrhythmic and spasmolytic effects, but also from its hydroxytyrosol, a phenolic compound with potent antioxidant properties. It further increases the elasticity and strength of blood vessels.The resulting benefits are numerous. The olive leaf is fully indicated in many blood circulation disorders:

The Olive Leaves also act on the regulation of blood pressure (hypotensive properties).
It is interesting to note that it will have little effect in people with normal blood pressure. This will allow them to use it for the treatment of other symptoms such as arteriosclerosis and atherosclerosis. Besides, its cholesterol-lowering properties help to manage better the ''bad cholesterol” and blood clots (vasodilator properties). 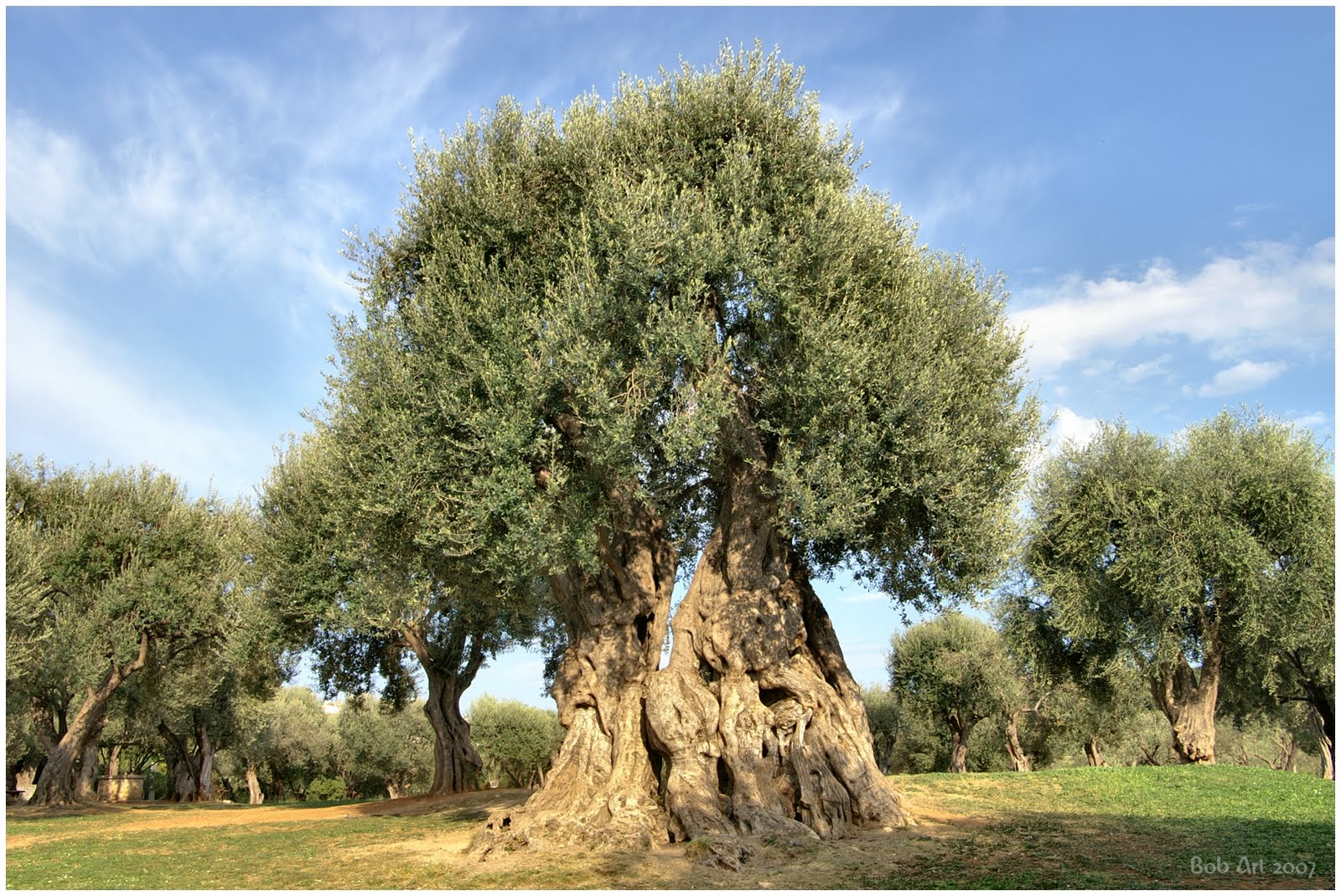 Olive Leaves help to maintain a healthy immune system.
Many drugs (such as antibiotics) weaken the resistance and make people more vulnerable to infection.  When the immune system is weakened, microorganisms can become pathogens that could damage the organs and tissues thus facilitating the occurrence of diseases. The complex molecular structure of olive leaf (polyphenols, esters, oleuropein) weakens the resistance of bacteria and viruses and stimulates the activity of important immune system cells that fight infection. In this, the olive leaf is a natural antibiotic. The olive leaf helps to fight viral infections (H.I.V among others), bacterial, fungal and parasitic diseases including yeast such as Candida albicans.

Antiparasitic Action / Candida albicans.
Parasitic diseases such as Candida albicans tend to grow to the point that they now represent a major health problem. This may be related to the  increasingly frequent usage of antibiotics heavily prescribed to people by physicians .But more worryingly, indirectly through the consumption of food containing antibiotics, such as meat or animal products such as butter, milk, eggs.

This problem affects all population groups but it is particularly exacerbated with persons with low immunity. Among them cancer patients, diabetics, the elderly, women prone to vaginal infections, people with V.I.H .…

Through its powerful antiparasitic action, olive leaves provide a natural method of self-medication against pathogens that cause many health problems. We also advise the association with Cistus Creticus for greater efficiency.

After a few weeks of treatment it can happen that many harmful microorganisms die and then release toxins and other wastes. The body begins a process of elimination of these disturbing elements. There may be at this point some skin reactions, fatigue, muscle or joint pains that are in fact only temporary signs which prove that the treatment is taking action. We then suggest drinking one liter of water per day to mitigate the inconvenience caused. 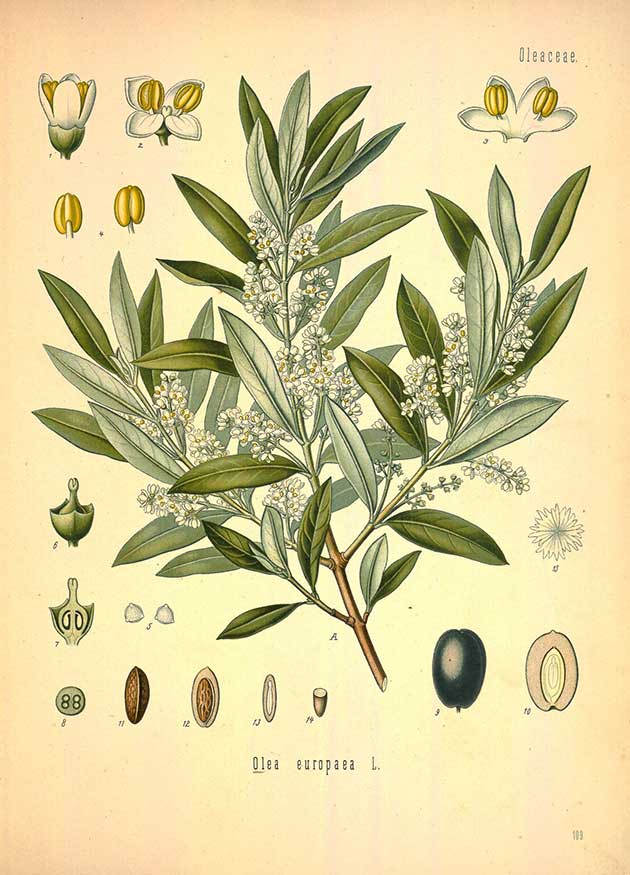 The Olive Leaves allow for an improvement of bowel function and reduced allergic reactions.
Helping the body to fight against attacks from parasites, the olive leaf exerts a protective function of the intestinal mucosa. An intestinal mucosa whose balance between good and bad bacteria is broken, becomes permeable and lets partially digested macromolecules end up in the blood. The body will then treat them as invaders and send numerous antibodies. The result is increased sensitivity to certain foods or food substances and to the environment.

The Olive Leaves are slightly hypoglycemic and therefore anti-diabetic.
It works by purifying the blood and reducing the excess blood glucose. Its hypoglycemic properties associated with the hypotensive properties are of special interest in the case of type 2 diabetes (non-insulin dependent). Indeed, often associated with diabetes, hypertension significantly increases cardiovascular risks.

The Olive Leaves are an excellent skin care product.
Thanks to its main components (oleuropein, hydroxytyrosol and other polyphenols and flavonoids), the olive leaf has an antioxidant capacity significantly higher than that of green tea and effectively fights against the damaging effects of free radicals on skin tissues. The natural antibiotic effect of the olive leaves allows it to treat different types of bacterial infections and inflammatory reactions, without the negatives side effects: acne, acute dermatitis, eczema ...

The Olive Leaves promote diuresis.
The European Drugs Agency also recognizes its traditional use in the elimination of the water in mild cases of water retention. It reduces oedema and blood urea.

Instructions: Take 1 capsule 20 minutes before each meal with  a glass of water or with a spoonful of olive oil. Do not exceed 5 capsules per day.

Instructions: Take 1 capsule 20 minutes before each meal with  a glass of water or with a spoonful of olive oil. Do not exceed 5 capsules per day.

If you use Olive Leaves in a combined treatmet with Herpecure in order to fight genital infections, it is recommended to take 6 capsules per day, 2 capsules before each meal.