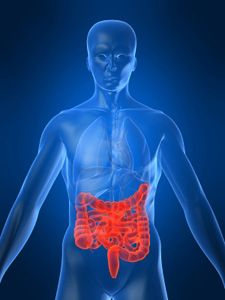 The lymphatic system is of primary importance in transporting digested fat from the intestine to the bloodstream; in removing and destroying toxic substances; and in resisting the spread of disease throughout the body.

Lymphatic capillaries
These vessels are found in all body tissues except the central nervous system, which has a circulatory system known as the cerebrospinal system. The lymphatic capillaries run together to form larger ducts that intertwine about the arteries and veins. The lymph in these larger ducts, which are similar to thin, dilated veins, is moved along by the muscular movements of the body as a whole; it is prevented from moving back through the ducts by valves located along them at intervals. The ducts from the lower limbs and abdomen come together at the dorsal left side of the body to form a channel, known as the cisterna chyli, that gives rise to the chief lymphatic vessel of the body, the thoracic duct. This vessel receives lymph from the left side of the thorax, the left arm, and the left side of the head and neck; it empties into the junction of the left jugular and left subclavian veins. Another, smaller vessel, known as the right lymphatic duct, receives lymph from the right side of the thorax, the right arm, and the right side of the head and neck and empties its contents into the right subclavian vein.

Lymph nodes and other organs
Along the course of the lymphatic vessels are situated the lymph nodes, more commonly called the lymph glands. These nodes are bean-shaped organs containing large numbers of leukocytes, embedded in a network of connective tissue. All the lymph being returned along the lymphatics to the bloodstream must pass through several of these nodes, which filter out infectious and toxic material and destroy it. The nodes serve as a centre for the production of phagocytes, which engulf bacteria and poisonous substances. During the course of any infection, the nodes become enlarged because of the large number of phagocytes being produced; these nodes are often painful and inflamed. The swollen glands most often observed are located on the neck, in the armpit, and in the groin. Certain malignant tumours tend to “travel” along the lymphatics; surgical removal of all nodes that are suspected of being involved in the spread of such malignancies is an accepted therapeutic procedure.

In addition to the lymph nodes that occur in the lymphatic vessels, several organs, composed of similar tissue, are included in the lymphatic system. The largest and most important of these organs is the spleen. Embryologically, the lymphatic vessels arise as outbuddings from several veins, especially from the internal jugular and iliac veins. The buds spread throughout the body and separate from the venous system at many points.